Actor Woody Harrelson, age 57, has eaten a vegan diet for over 30 years. And over those 30 years, he has promoted veganism to co-stars and sources out vegan chefs for sustainable cooking.

Most internet searches about Woody Harrelson seem to focus on his biology - if you enter his name into Google you'll be prompted answers to questions such as, "How old is Woody Harrelson?" and "Actor Woody Harrelson height?" (answer: 5'10").

His glamorous movie star image aside, the actor is interesting to read about, thanks to his veganism and activism.

Many celebrities are involved in different activist organizations, but it's usually a donation here and a charitable write-off there. Woody Harrelson, however, is a devoted environmental activist with an image of a vegan who has put his money where his mouth is - his interests don't stop at vegan food.

The vegan star is especially concerned about deforestation and has spent years doing whatever he can to stop it from happening. Sometimes he's lobbied for governmental change.

However, even for a famous person with a wad of cash and a high profile image, it can be headache-inducing trying to effect change via politics.

That's one reason Harrelson helped found Prairie Pulp and Paper. The name of the game is a sustainable paper made of 80 percent wheat straw waste. This special paper is named Step Forward Paper, and the business claims that every two boxes of it used in place of standard office paper save an entire tree.

For some actors, being a paper salesman on the side might seem a bit demeaning, but Woody Harrelson has described the thought of losing entire forests to clear-cutting as being "too painful" and reiterated he feels a personal responsibility to help turn things around: "We need to do something about this."

When talking about what led to their big break, most actors will talk about the mentors they've had, the acting techniques they've learned, and the roles that propelled them to prominence.

Harrelson, though, credits an entirely different kind of source. To hear him tell it, he became a star because of a random woman on the bus. Harrelson says when he was a struggling actor in New York many years ago, he was quite ugly.

Specifically, he was always blowing his nose and had been covered in acne for years. And then a random woman on his bus took one look at him and diagnosed him as lactose-intolerant. She swore that if he quit dairy entirely, his nose and face would clear up in about three days.

Harrelson was skeptical, but once he tried it, his face cleared up entirely. At age 24, Harrelson looked like a new man, just in time to be cast in his breakout role in Cheers.

This incident not only kicked off his acting career but led to his skepticism about things everyone thinks are good which is just "bullsh*t advertising" and a "total hoax."

Harrelson has been a vegan for 30 years, but more recently he has started to embrace a diet composed mostly of raw vegan food because he believes it is better for his health.

Harrelson makes the most of his high-profile image to share his love for vegan food and the vegan lifestyle. In November 2017, Harrelson joined with former Beatle, music legend, and co-founder of vegetarian movement Meat Free Mondays Paul McCartney, to encourage consumers to ditch meat just one day a week.

The actor appeared in “One Day A Week,” a short, environmental film — narrated by McCartney himself — explaining the meat industry’s impact on the planet. And he continuously talks about the physical benefits of going vegan.

In addition to avoiding dairy (he's still listening to the advice of the kindly young lady from the bus, all these decades later), Woody Harrelson is a hardcore vegan. While this is easy enough to manage in his day-to-day life, it presents some interesting challenges for bringing his onscreen characters to life.

One example of this came in the hit film Zombieland, in which Harrelson plays a character who has a inordinate love for Twinkies. How did they get the vegan actor to chow down on one of the most non-vegan snacks on the planet?

Simple: they made him custom vegan Twinkies for the movie.

Harrelson has convinced co-stars to embrace a plant-based diet and veganism as well. Actor Sadie Sink, who worked with Woody in The Glass Castle, credits the star with convincing her to make the leap from her vegetarian diet to a vegan diet.

Actor Liam Hemsworth, played Gale Hawthorn in The Hunger Games, where he co-starred with Harrelson, told Men's Fitness magazine that the actor "was one of the original reasons" he became vegan.

Actor Thandie Newton, who co-starred with Harrelson in Solo: A Star Wars Story, said that she became a vegan thanks to his influence.

Harrelson has his sights set even higher than fellow actors, however. An article posted on the website of the Vegetarian Society of South Jersey described how Harrelson and some other vegan celebrities, joined a campaign called Million Dollar Vegan.

Harrelson is producing a new docu-series called Wicked Healthy World. The series will highlight the work of contributors to the cause of sustainable food sources.

Featuring Chad and Derek Sarno, brothers who are also vegan chefs, the series will also shine the spotlight on indoor mushroom farmers in South Korea and rooftop farmers in Tel Aviv. The brothers released the Wicked Healthy Cookbook in 2018, and the forward was authored by none other than Harrelson.

Woody Harrelson was arrested in 1996 for planting industrial hemp seeds in Kentucky.

It was a publicity stunt designed to draw awareness to the fact that hemp (not marijuana) was illegal in the state. 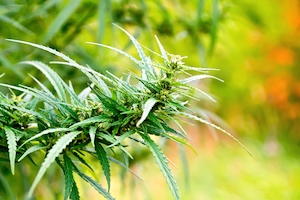 That whole thing about hemp was just about sustainability. I always see sustainability, the ‘s-word,’ I guess, as the most important word.

It should be on every politician’s lips, but naturally that won’t happen. It’s a dangerous word for a politician -- it’s just lip service.

To me, it’s a key thing because we’re living in such an unsustainable world, all of these giant industries that are daily raping Mother Earth and also getting fat subsidies and tax breaks, these industries are dinosaurs and I hope they go the way of the dinosaurs.

We have to shift to an economy and society that is a joining of the farmer and industry, which is the way it should have been. We don’t have to get our paper from trees, (with hemp) we can get it from the farmer.” Woody Harrelson to ABC News, 2007.

Hemp farming was eventually legalized in Kentucky again, and it resumed in 2014. 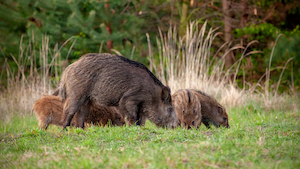 In mid-2019, Woody Harrelson teamed up with PETA to petition the governor of Texas to ban a wild hog catch event in which hogs are wrangled and then butchered to make food for the participants.

The actor wrote in a letter to the governor that was published on PETA's web site:

Texas law prohibits inflicting unnecessary and unjustified pain and suffering on animals, so I implore you to make sure that the law is upheld here - and to issue an executive order banning this event.” Woody Harrelson to Texas Governor, 2019.

The Bandera Wranglers, a local group who sponsor the annual event, told local press that they would not back down. No word on whether the governor has responded to the letter.

Hemp is not the only classification of cannabis for which Harrelson has expressed an affinity. By his own admission in an interview with Vulture, Harrelson indulged in marijuana too much for a period of 30 years, finally stopping in 2016.

He said he has nothing against the drug, but that he felt that smoking so much of it kept him from being "emotionally available."

Harrelson told The Guardian in 2018 that he gave it up because he wanted to be aware of what was going on around him. Interestingly, Harrelson's quitting came not long after he applied to open one of the first medical marijuana dispensaries in Hawaii.

Harrelson is married with three daughters. His and his wife, Laura Louie, have been together over 25 years. Louie is a co-founder of Yoganics, an organic food delivery service. They live in a solar-powered, sustainable community in Maui.

The star has acted in a lot of movies over the years. Most recently the star played Admiral Chester W. Nimitz in the movie Midway, which was released in November 2019.

He acted in Venom 2, which releases in 2020, and stars in the upcoming action thriller "Kate" and "The Most Dangerous Man in America" playing Timothy Leary.