Though many people associated hemp only with marijuana, the fact is that this versatile plant has been used to produce textiles for centuries.

According to some figures floating around on hemp-related Web sites, hemp was used in up to 80 percent of all clothing until about 100 years ago.

Though it's not clear where that percentage originated, or how accurate the number is, clothes made from hemp have indeed been around for some time.

Far from the scratchy, itchy, rough textile that many associate with hemp, these fibers create a very soft and comfortable substrate - either alone or in a blend with another textile.

Hemp is possibly one of the earliest cultivated crops in the history of humankind.

It came under fire in the United States in 1937, when it was all but made illegal by the Marijuana Tax Act.

The tax was briefly lifted during World War II, to allow the U.S. Navy to use hemp to produce rope. 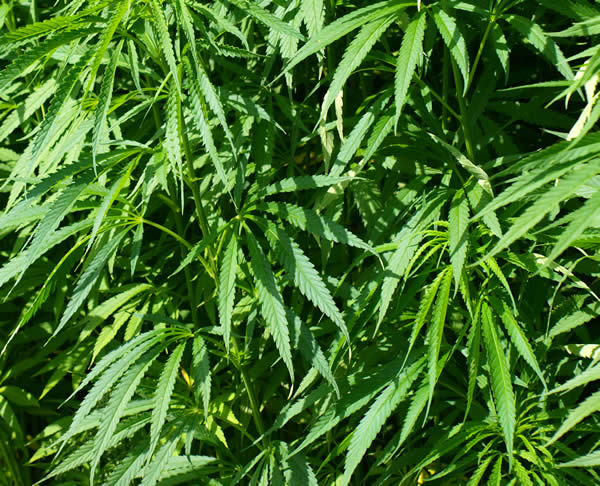 Following the war, the tax act retook effect. Hemp's popularity slid, reaching a low point in the 70s when it was formally banned under the Controlled Substances Act.

It wasn't until 2018 that commercial hemp farming was re-legalized. However, it didn't prevent the United States from extensively using hemp during World War II to produce uniforms, canvasses, and ropes. 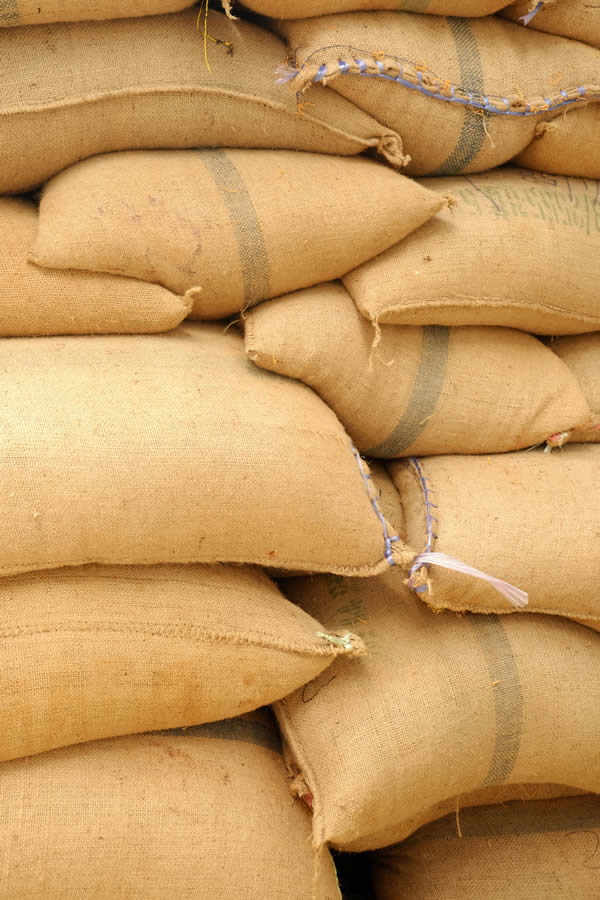 Hemp has several features that make it an excellent plant-based fiber.

Hemp fabrics possess naturally antibacterial qualities and are resistant to mold and moths.

Hemp fiber's general resistance to rot is the reason that it was so popular in sailing - up, until the late 1800s, most sails, rigging, nets, and marine ropes were made of hemp.

Unsurprisingly, it's one of the most durable fibers in the world.

Hemp also can keep the body cool in the summer and warm in the winter.

Organic hemp clothing has a place in your wardrobe because it is a completely natural fiber and breathable too!

When it comes to sustainability, hemp is second to none.

It's the perfect candidate for organic farming because it is so easy to grow.

It sheds leaves throughout its life span, which creates a self-sustaining mulch. 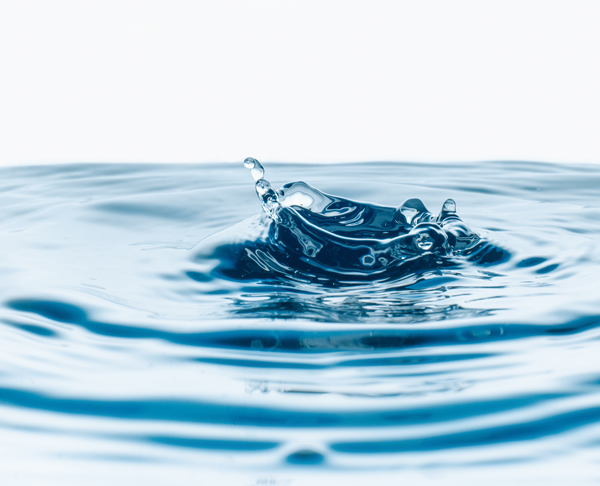 Hemp's roots are very long and exceptionally strong. They protect the soil against erosion.

The roots biodegrade once the crop as harvested, filling the earth with valuable nutrients that enrich it for future plants.

And if that weren't enough, hemp also actually cleans the soil by ridding it of heavy metals. Hemp is also a very efficient crop - you can grow twice as much hemp as cotton on the same amount of land.

Hemp is a rare type of vegetation that is a carbon-negative material, as its growth removes carbon dioxide from the atmosphere.

In terms of ethical fashion and plant-based fabrics, hemp is becoming more and more successful as a game-changer in the textile industry.

Have we convinced you to try organic hemp fabric clothing yet? This material is worth checking out.

Of course, hemp isn't the only plant-based fabric available for ethics-conscious fashion consumers of clothing.

There are many other ethical vegan fabrics available in fashion besides hemp fabric, including:

You may not have heard of Cupro, but it's one of the most sustainable vegan fabrics that is also used in high fashion.

Cupro, which is short for "cuprammonium rayon," has only recently become more prevalent in fashion. The fiber is made from regenerated cellulose fibers of cotton.

Basically, it's made from recycled cotton clothing that is turned into new fabric and then sewn into brand new clothing.

Cupro is made by one Japanese manufacturer, and resembles silk in its drape and sheen - but is 100 percent animal-friendly and eco-friendly.

Like hemp and cotton, linen is derived from a plant - the flax plant, to be specific. Linen material has a long and storied history in the world of natural vegan fabrics.

It is an excellent choice for hot, humid climates. European and Japanese linens tend to be of the highest quality.

Beware of Chinese linen, however, which does use conventional fertilizers.

You may have heard that conventional cotton requires a lot of water to grow. But what you may not know is that organic cotton has always had a much smaller carbon footprint.

Breathable and earth-friendly, organic cotton clothing is one of the best plant-based fabrics you can wear - as long as the people making it do not use pesticides or too much water.

It's not just for edamame and tofu anymore. Soy also makes a wonderful garment fabric that is often used as a substitute for silk, which is not a sustainable vegan fabric.

Not only does soy produce an ethical fabric, but it's biodegradable so you can compost that shirt when you don't want it anymore, guilt-free.

There is one downside of soy, however, which is that formaldehyde is used to make it.

Corduroy is making a huge comeback in many fashion circles. It is strong, durable, and 100% vegan! We love how inexpensive and versatile this material is, not to mention its unique aesthetic appeal for vegan fashion. If you see corduroy on the rack, be sure to check it out, just make sure all the other materials are vegan as well.

Lyocell is made of wood pulp. Astonishingly, it is biodegradable in just eight days and can be recycled.

It's the ultimate sustainable material and is also as elegant to wear as it is natural. Lyocell fabric is drapey and catches the light rather like silk.

Bamboo is a sweetheart of material, both at home and abroad. It regenerates from its own roots and does not use more than its share of water.

Like hemp, bamboo has long been claimed to have antibacterial properties. However, it's not readily apparent how much antibacterial strength remains after the plant has been processed into fabric.

Things made of bamboo are lovely to wear, though. You can even rock your bamboo t-shirt with some bamboo jewelry.

There are many vegan leathers on the market today. Still, the most common ones, PU (polyurethane) and PVC (polyvinyl chloride) aren't precisely sustainable or eco-friendly.

Thankfully, these are not the only vegan products available to the fashion-forward gal looking to shop for new bags.

There is a veritable horde of plant-based leather used for making bags these days, many of which are biodegradable!

Did you know that bananas do not grow on trees? They are the world's largest perennial herb, known as the banana plant.

The plants provide only one crop of bananas each, but people have found that the plant fibers make a fine leather for bags and other applications.

The finished products are used in interior design and car interiors as well as for clothing, shoes, and accessories.

Bentley used a vegan grape leather in the interior of its 2019 electric concept car.

A German company, nat-s, has developed vegan leather shoes made from coffee. According to the company, these shoes do smell like coffee, but that sounds great to us!

Amadou Leather is made from fungi grown on sawdust blocks. The company claims that the end product absorbs moisture and is breathable and antimicrobial.

MuSkin vegan leather comes from the Phellinus ellipsoideus, a giant parasitic tree fungus. (Warning: Don't look it up if you're easily grossed out.)

Cork is one of the more popular sustainable plant-based leather options on this list. It's naturally water-resistant.

And, well, yes, some of the time, cork pieces do look like a wine bottle stopper.  For our comprehensive guide on plant-based leathers, see this post.

Didn't realize that there was so much variety in the world of plant-based materials for fashion?

As you can plainly see, there is no shortage of vegan fabrics for you to check out the next time you shop.

I daresay that there are far more vegan fabrics than non-vegan fabrics. From plant-based leathers to stretchy knit fabrics and traditionally woven like linen and hemp, the possibilities are endless.

Thanks to increased interest in sustainable products, fashion producers well know that there are more plant-based textiles to use than ever before - to make beautiful items to wear.