Origins in Impeccable Detail | Delivering Reverence to the Dead | The Anatomy of Skill | The Art of Ancient Storytelling | What's Woven into the Future?

Weaving tapestry is an ancient art dating back to 4000 BC. Using natural threads of linen, cotton, silk, or wool, generations of artists honed loom techniques to create tapestry designs that were full of work and detail.

Famous historical figures like King Henry VIII in London and Francis I commissioned ornate loom woven tapestry for display in their residence palaces.

Now, few artisans practice the art, and not many hand-woven quality textile pieces exist anymore. Most are hanging in castles or on display in one museum or another museum - not everyone has an opportunity to see tapestry objects anymore.

Tapestries have a long past in our society. Not limited to Western civilization, the earliest evidence of tapestry weaving comes from ancient Egypt.

These wall hangings were exclusively hand-woven until the early 19th century, when jacquard looms were introduced, allowing weavers to mass-produce wall hanging styles.

This textile art form can be traced from ancient civilizations through the medieval ages and into modern times.

Weavers made tapestry as ornaments for death, as decor and played a practicality role as well, to add insulation to cold stone walls and floors.

These textiles have fallen out of fashion in a way; however, tapestry textile art is often found on display in the bedroom or living room of someone who favors bohemian style and decor.

You won't often find suggestions to add a combination of tapestry panels to your furniture in the tables of contents of home decor magazines. 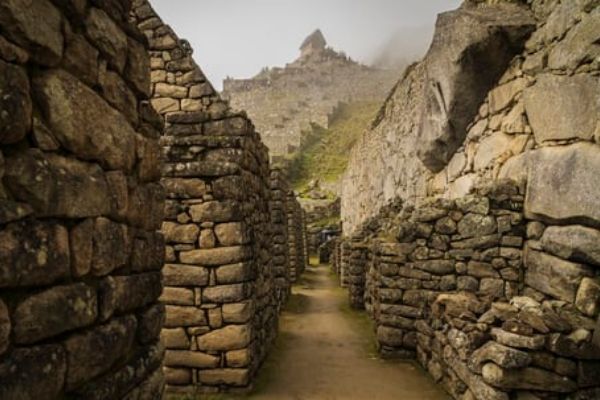 We'll start with the history of the ancient Incas - experts in design. The detail, precision, and style of the finished Incan tapestry were unparalleled to any other civilization in the region at the time.

Incan weavers mainly used geometric figures, birds, and animals; the tapestry was woven from alpaca wool, and the dead were wrapped in these intricate textiles.

The higher the status of the deceased, the more ornate and intricate the fabric in which he was buried. The Incans did not have a written language.

Still, the fabrics they wove were rich with symbols and designs - almost as though entire articles were being written through the models on the tapestry.

The tapestry was so crucial that it was used to symbolize the taking over of a new region.

DELIVERING REVERENCE TO THE DEAD

In ancient Egypt, tapestries were not cotton. They were made in linen from flax seeds as well as sheep's wool, palm fiber, grass, and reeds. 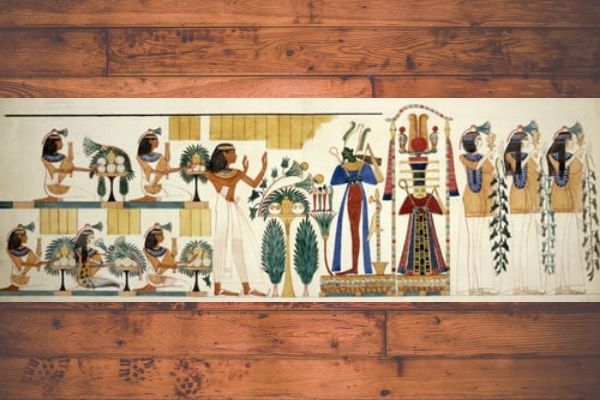 Fragments of ornate tapestries have been found in tombs, including on walls, in hieroglyphics depicting a variety of scenes of animals, rivers, gods, and goddesses.

Only remnants are left in the tombs from where they were found. However, the process still lives on in a small village in Egypt where children spend years mastering the skill of weaving fibers to create handwork on a loom.

To this day, weavers build patience, discipline, and spontaneity, as well as the pride of technique and craftsmanship. Handmade tapestries take time to create, sometimes months.

They are not pre-drawn - often, they are woven in cotton, silk, wool, or linen from memory with no guide, and artisans use their creativity while making the design as they go.

Tapestry pattern marking is a relatively new innovation. The use of the "cartoon" was introduced in Renaissance Europe to standardize the design of a textile.

The term "cartoon" refers to a full-sized drawing placed behind the warp threads, which weavers then use as a guide to creating the design.

Before the advent of the cartoon, weavers had to use earlier creations and their remembrances of a past pattern, to create material on their looms. In this way, tapestry styles evolved, creating a variety of styles and alternatives.

THE ANATOMY OF SKILL 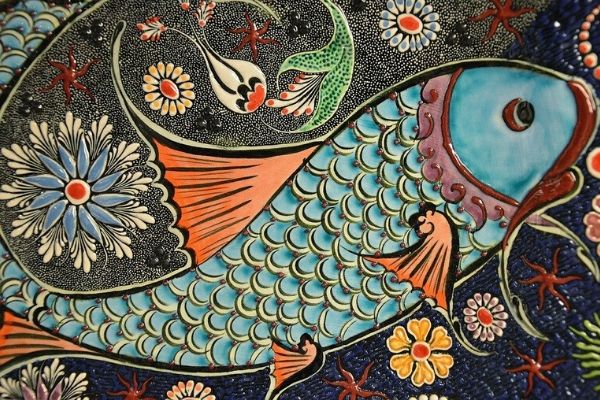 At their core, the tapestries that you see in a museum room are fundamental pieces that share these defining characteristics. A tapestry piece consists of two types of threads, cotton or otherwise, to make a cloth that features decoration - like a fiber mural.

To understand tapestry, you must know the difference between the term warp and the term weft. The vertical threads are the warp threads, which run lengthwise ad are set onto the loom first.

The warp thread runs the length of the tapestry. It is the backbone of the fabric and supports the horizontal weft threads that support the canvas, which the artist makes his thread paintings in cotton, linen, silk, or wool.

The weft threads are the ones woven horizontally, and they play a part in the texture. All tapestries share these characteristics.

There is nothing painted on the tapestry materials, and doing so was seen as a colossal crime, cause for punishment by a hefty fine or much worse.

The color was never definite. Painters in workshops know they will get a new color effect when mixing two or more warp or weft threads, much like when a famous name artist mixes paint.

The weaver has a multitude of colors that appear when the dye of the weft threads crosses over one of the warp threads. This allows the weaver to act as a painter, to set the color of the tapestry.

It will enable the viewer to experience a range of depth and light and contrast the tapestry offers. These remarkable effects are lost in mass-produced reproductions made of polyester or cotton in a workshop.

However, even printed tapestries envoke a peculiar charm.

The type of wrap made from tying the wool together tells the viewer when it was made. The thicker the wrap, the older the tapestry. The finer the thread, the newer the tapestry.

THE ART OF ANCIENT STORYTELLING

In ancient Greece, as in other parts of Europe, weaving on a loom was a women's job, and Greek women told their cultures' stories through the artwork -- the sorts of themes others might impart while painting murals. 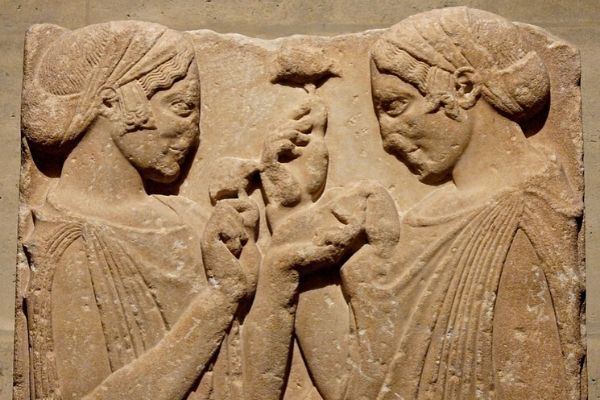 Tapestries were used as decorative wall hangings to cover empty spaces of any length. They depicted mortal women and goddesses, including Athena, Aphrodite, and queen Penelope working with a loom.

The most famous story told was the fates - or "moirai" as they are called. The moirai included three women or witches who used the spinner to measure and cut the thread of life between humans and the next world.

The weaver's work hung all over temples and civic buildings such as the Parthenon.

Every detail of the tapestry has the effect of a time capsule. Like articles in newspapers, the wall hanging fibers contain information accessible to everyone, telling a story from history or myth.

By the Middle Ages, the evolution of the wrap - from thick to thin - of the tapestry made the items as detailed as paintings. For example, some of the most famous pieces that have survived in the West include:

When examining these many tapestries in chronological order, one can comment on the evolution of qualities and differences in detail, scale, sheen, and processes.

Tapestries served multiple types of purposes. Everything about them was practical.

They demonstrated status, spread awareness of history - such as success in conquest - and culture in illiterate societies without the written word, kept homes warmer, and fostered the handing down of skills to create a product in a culture.

Nowadays, it is hard to find excellent craftsmanship in tapestry works that is true to the original details and purpose of the art form. True skill in this fiber art is now only found in the museum.

Modern mass-produced wall hanging art is often printed onto polyester and without the influence and nuance of questions or choices that were demonstrated by the skilled artisans of old.

Advocates and those who still practice weaving face increasing costs to maintain the art and keep it alive in this time of plentiful, cheap brand marketing.

The ancient tapestries have deteriorated, In France during the 14th century, tapestries were at their peak of production and admiration. Unfortunately, most were burnt and unraveled to save the gold thread that was woven into them and regarded as more important.

Most of the old tapestries were destroyed over time by natural causes, age wear, and war, leaving only a few and the new for people to admire.

WHAT'S WOVEN INTO THE FUTURE? 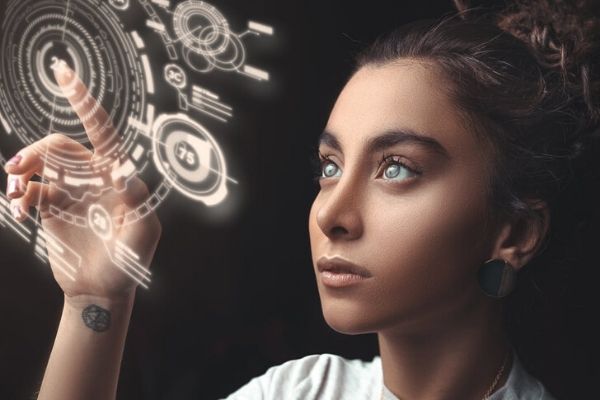 In modern times, tapestries have been taking on a new spin with updated techniques and styles.

Now images are printed onto canvas fabric items in a factory.

In an attempt to revive the technique, 15 famous artists were commissioned to design pieces for the London exhibit, "Demons, Yarns, and Tales." The pieces are inspired by previous tapestry works from the French or those displayed on-site in London.