You may already know that veganism is much better for your body and the planet than traditional consumerism. Did you know, however, that there are a lot of famous vegans who agree with you? If you want to see a list of celebrities who are vegan, read on.

All your questions on what actors are vegan (singers too!) are about to be answered. From Kat Von D to Emily Deschanel, from Los Angeles, California, to New York, New York, many an entertainment icon is doing their body good by eschewing meat and embracing vegetarianism or a vegan diet. Read on for a list of vegan celebs and get ready to be inspired. 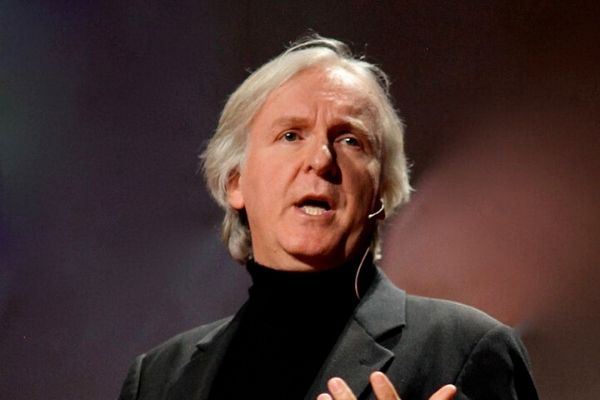 Oscar-winning director James Cameron has been vegan since 2010. Cameron had long been an environmental advocate, so going vegan was a no-brainer for him. He wanted to lower his carbon footprint, but what he also found was that ceasing to eat meat also made him feel great.

The great thing about this as a solution for climate change ... is that it's a win-win,"he told Men's Journal."You're going to be healthier; you're going to live longer, you're going to look better.... That's what shifting away from meat and dairy does."

The famous vegan also went on to gush to the media about the health benefits he had experienced in the years since going vegan.

"We're doing spectacularly well from a health standpoint. I have not had a single sniffle, not the flu, not a cold, nothing that's taken me offline as much as an hour in three and a half years. Now, that's either the biggest, craziest, statistical anomaly in history, or there's a strong causal relationship with this profound diet change that we did," he says. 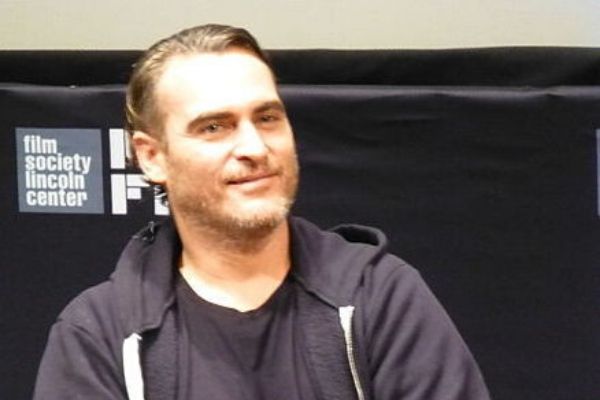 The actor from a family of celebrities viscerally recalls how he felt at age 3 when he realized that the fish he often would eat for dinner were live animals who lived happily in the ocean until they were caught by a fisherman and eaten for dinner.

"It was so violent, it was just so intense,"he told Vanity Fair last year."I have a vivid memory of my mom's face ... where she was completely speechless because we yelled at her. 'How come you didn't tell us that's what fish was?' I remember tears streaming down her face.… She didn't know what to say."

The entire family also went vegan shortly after that, and more than 40 years later, the Los Angeles-based Phoenix is still an activist for animal rights. 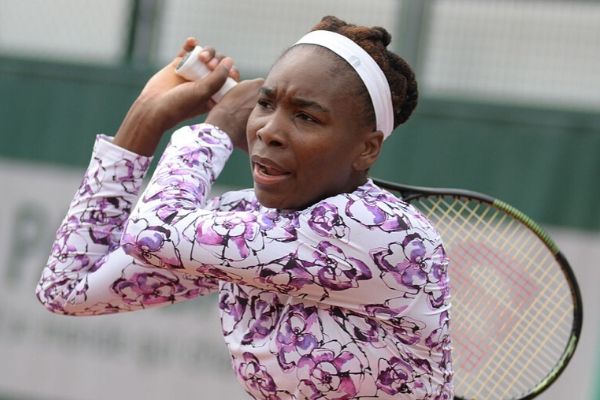 Venus Williams was diagnosed with Sjogren's syndrome, a chronic autoimmune disease, in 2011. She adopted a vegan diet that year to manage the condition on her doctor's advice.

"I started for health reasons,"she told the media."I was diagnosed with an autoimmune disease, and I wanted to maintain my performance on the court. Once I started, I fell in love with the concept of fueling your body in the best way possible."

Williams ate a raw food diet for a time but eventually switched back to a cooked vegan diet because it was easier to maintain at home. The athlete still avoids meat and other food derived from animals. 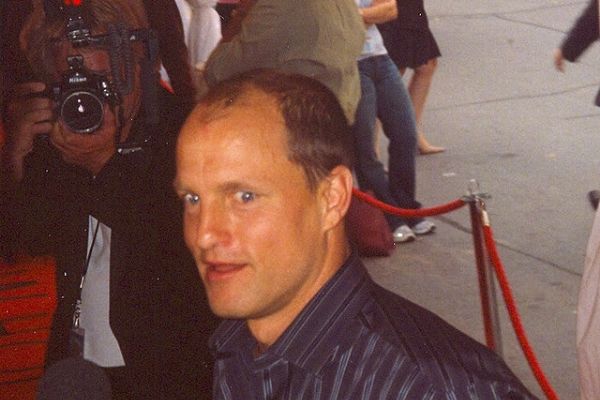 Vegan actor Woody Harrelson has seemingly boundless energy, the fact that he credits to his vegan diet.

In an interview with In Style, he says, "I eat vegan, but I mostly eat raw. If I have a cooked meal, I feel my energy drop. So when I first started shifting my diet, it wasn't as much a moral or an ethical pursuit but an energetic pursuit."

The 57-year-old star has worked with PETA for years and is an evangelist for veganism. He is said to have encouraged actor and Hunger Games costar Liam Hemsworth and Stranger Things star Sadie Sink to go vegan. The star is also the owner of the world's first organic vegan beer garden. 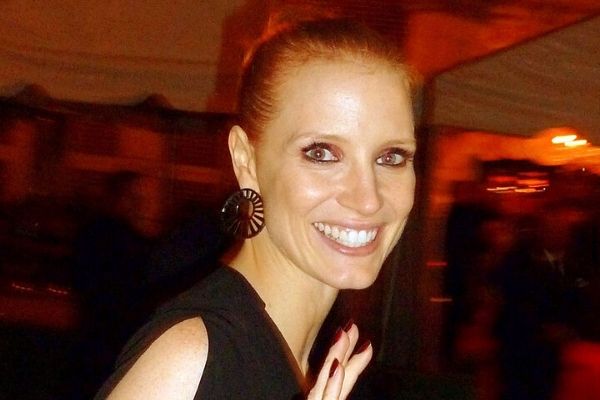 Jessica Chastain's mother is a vegan chef, and it seems that the apple didn't fall too far from the tree. The famous red-headed actress, who is best known for her roles in movies like The Help, Zero Dark Thirty, Tree of Life, Interstellar, and more, has been vegan since 2007 and shows no sign of slowing down.

Chastaintold W Magazine that while she was a pescatarian for years (a vegetarian who also eats fish) and loved cheese, she went vegan because she was"really low on energy."

"I love cheese and shellfish. I've always had some problems like my cholesterol was very high, and the doctor wanted to put me on medicine. So I realized the shellfish I was eating was high in cholesterol, and my diet was not helping me out, so I changed that thing, and then I found myself going to veganism because a friend of mine had a two-week vegan food delivery program she wasn't going to use, so I used it, and immediately I just had more energy than I've ever had in my life."

Chastain said that she has even seen a difference in her skin since she stopped eating red meat.

"When you eat a clean diet, you ... don't have to cover up your skin or hide things," she said.

Chastain's activism didn't end with turning to a plant-based diet. She recently said to with People Magazine that she has "adopted every animal [she's] ever had" and that she even tries only to choose red carpet looks that are cruelty-free. 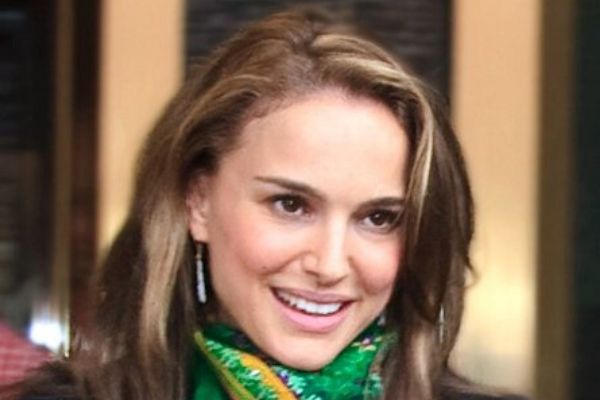 A former vegetarian since age 9, Natalie Portman has been vegan since 2011. Though she always believed in a lifestyle free of meat, she only got around to changing her vegetarian way after changing her view on whether it was ethical to use eggs and cheese.

"When I started learning about ... the environmental effect of all these animals and the impact on humans of having large groups of sick animals together, it really made me want to change immediately,"she told Vanity Fair.

Like other vegan actors, Portman has used her celebrity a lot over the years to educate people on the benefits of a vegetarian or vegan lifestyle.

The former vegetarian even feels that the proliferation of delicious gourmet vegan products and an abundance of information in recent years means there's no longer any reason to avoid veganism.

"If you have two things that taste identical and one doesn't harm the planet or other creatures and is better for you health-wise, then why would you?" the entertainment icon told Vanity Fair. "That's always the reason people give for when they don't feel like they can make a change: 'Oh, I can't give up cheese. I can't give up ice cream.'" 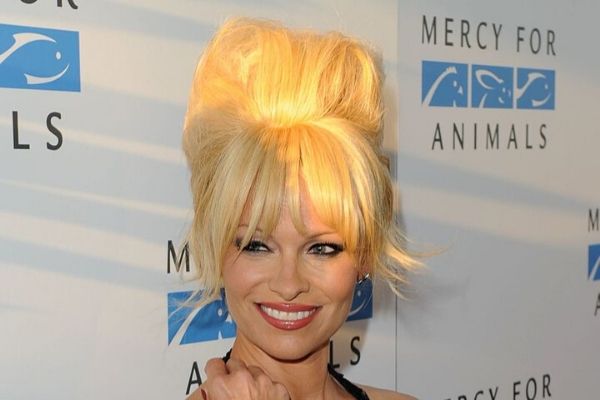 You may know Canadian actress and model Pamela Anderson from the iconic series Baywatch or her famous PETA membership and animal rights activism.

Anderson decided to adopt a vegan diet after she encountered a headless deer, dripping with blood, that her father had shot. She still remembers how she felt at the time.

"I cried for days," the actress told The Guardian. "It wasn't hard for me to give up something so cruel. I got my father to stop hunting, too.

Since then, she has made a lifestyle of supporting a lot of animal rights charities and starting her own not-for-profit group - The Pamela Anderson Foundation. Anderson calls herself a "naughty vegan," saying "I live in France, I eat croissants. I do the best I can."

With that said, Anderson has not flailed in her activism. She made headlines in Canada last year after petitioning the prime minister, asking him to offer only vegan meals in prisons. She had previously asked the government of New South Wales, Australia, to do the same. 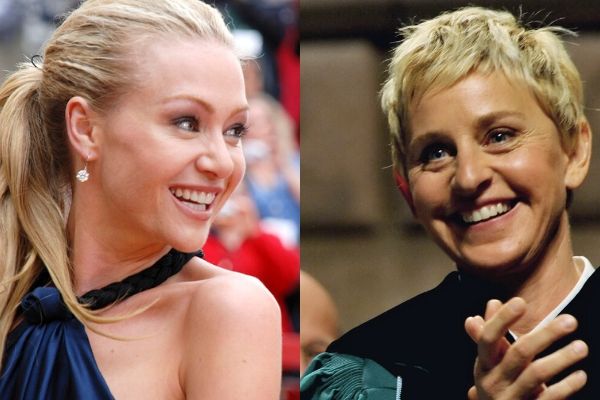 Portia de Rossibecame a vegan after witnessing the cows and calves on her California farm following one another to greet a new horse that had just arrived that day.

"The cows formed a single-file line, and one by one, they touched noses with the new horse as a greeting,"she said to Oprah.com."I started crying and thought, I can't possibly keep eating these animals."

De Rossi said she would never have believed that animals could behave that way if she had not seen it for herself at her own home. The actress said she stopped eating all animal products over the following year.

De Rossi's wife, Ellen DeGeneres, switched to a completely vegan diet in 2008 for ethical reasons. But around 2017, Ellen DeGeneres started eating fish and eggs again, citing "no particular reason" for the change. 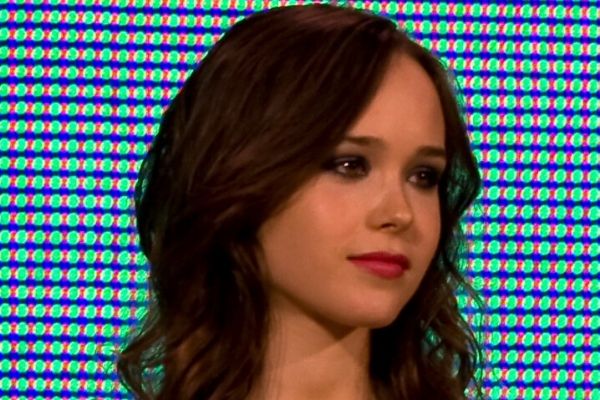 Young actor Elliot Page, who rose to stardom by playing a pregnant teen in Juno, went to Twitter to encourage followers to stop eating meat and to really embrace a fully vegan lifestyle. 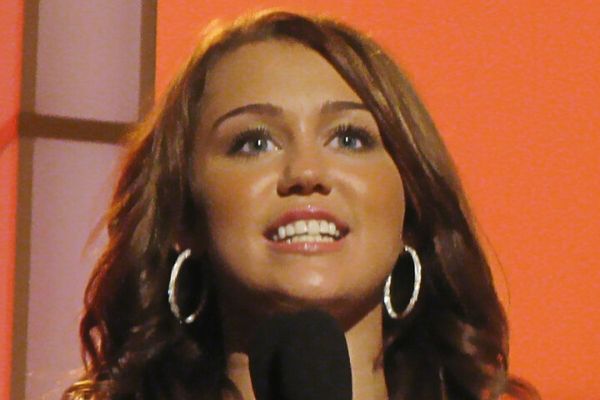 Singer and actress Miley Cyrus have been vegan since 2014. She and her ex-husband Liam Hemsworth threw a vegan wedding.

Guests at the former couple's big day got a gourmet vegan meal featuring vegan truffle mac and cheese, vegan fried "chicken" and vegan biscuits with apple butter. What's not to like? Maybe Cyrus will also get a vegan caterer for her next big day.

"Choosing to live as a sustainable vegan activist means wearing more vintage (less waste; loving pieces for longer), playing with the newest eco-materials and technology, and making custom vegan pieces with some of my favorite designers,"  the actress and singer told Vanity Fair in March 2019. 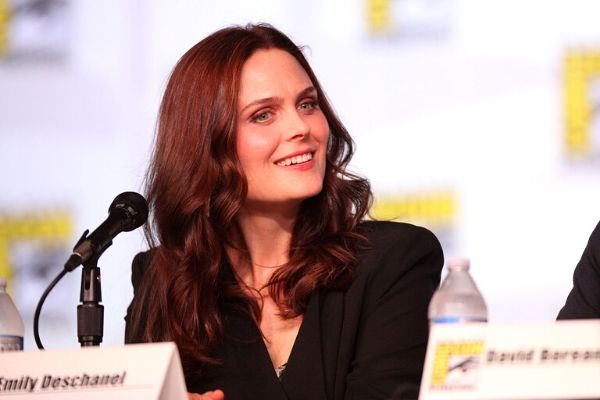 The Bones actress has been a vegan most of her life and runs an almost entirely vegan household.

"[My kids] are not 100 percent vegan, and neither is my husband. The kids are about 99 percent vegan, and that's because I let them eat eggs occasionally with their dad," the actress told Extraordinary Health Magazine. I think it's a great way to feed your babies."

Deschanel says that people can do more good for the planet by eating vegan than by driving a fuel-efficient vehicle. "Some people don't seem to realize that factory farms do more harm to the environment than all of our transportation vehicles combined," she said. 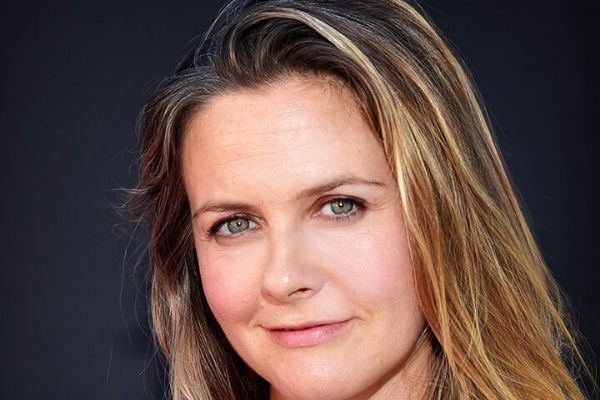 Former actress and author of The Kind Diet Alicia Silverstone is one of the most high-profile vegan celebrities.

She has followed a vegan diet since 1998 and is raising her young son, Bear Blu, on a vegan diet. Silverstone has told the media that she feels raising a child vegan is a no-brainer, claiming that Bear has never had to take medicine in his life.

Silverstone has said that her veganism gets the credit for her high energy levels, great sleep at night, and the fact that she does not have to watch her weight. 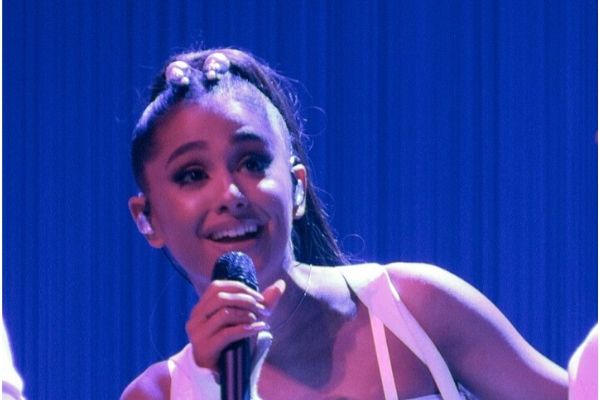 Musician Ariana Grande, who makes homes in New York and Los Angeles, announced to fans in 2013 that she was adopting a 100 percent vegan lifestyle.

"I love animals more than I love most people, not kidding," the singer told the Mirror in 2014."But I am a firm believer in eating a full plant-based, whole food diet that can expand your life length and make you an all-around happier person."

From Los Angeles, California, to the East Coast, it's not only entertainment industry types or outspoken PETA activists who are seeing the benefit of vegetarian and vegan diets.

So whether you are a vegetarian who may be thinking of giving up all animal products or a life-long vegan who has felt like plant-based is the only option, you are certainly in good company. To get more news on the vegan celebrities you like, or famous people who may be thinking about adopting a plant-based diet, check out this site.