Top 5 Vegan Musicians You Must Hear Rock and roll will soothe your soul! Who doesn't love music?

Whether you are a tried and true rocker or an avid pop music listener, these five vegan musicians will leave you proud to be a member of their club.  Veganism is nothing new in the world. Old, young, and all ages in between, ethical vegan musicians and band members have been rocking the music scene from the beginning of time.

Of course, there are lots of outspoken celebrity vegans out there who are using their voice and have made the ethical choice to live cruelty free with a healthy life.

Read on to learn about the top 5 vegan musicians who have decided to take a stand. 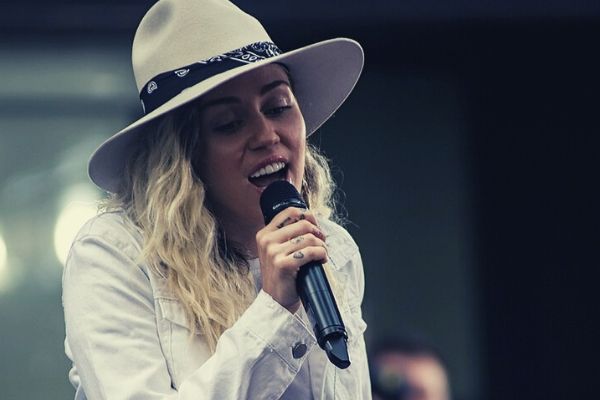 Known as a lover of marijuana and a concert collaborator with Whiz Khalifa, Miley has had some bad press over her career moves.

Still, this one-woman show has proven time and time again what a powerhouse she packs when it comes to music, achievements, and her charity work.

Born Destiny Hope Cyrus, Miley is an American actress, singer, and songwriter. She was a teen idol starring as Miley Stewart on the Disney Channel's Hannah Montana once upon a time in 2006!

Miley Cyrus has three #1 musical albums in addition to voice-over characters in animated films, her massive success as a live actress, a coach on The Voice, and numerous accolades and nominations.

On top of all these great achievements for such a young lady, this awesome woman always eats meatless and dairy-free. Miley became a vegan in 2014 following the last breath of her beloved dog Floyd .

Before that, she was gluten- and dairy-free due to food intolerances. Cyrus has often touted the health benefits of her meal choices. She has said that it has protected her from preventable diseases.

Cyrus fills up on green smoothies, wraps filled with veggies and legumes and meatless pasta dishes, as well as the occasional splurges.

Her wedding to now-ex-husband Liam Helmsworth a few years ago featured cheese-less macaroni and cheese and meatless fried "chicken," proving that it's not hard to celebrate without products derived from living creatures.

On top of all of her professional successes, she's never forgotten about the less fortunate. She supports numerous charities, including the:

And that's just the tip of the iceberg.  She has received awards and acknowledgments for all her generous donations of time and money. She is also the founder of Happy Hippie Foundation , which works to fight injustice facing homeless youth, LGBTQ youth , and vulnerable populations.

I've always loved Miley Cyrus and her feisty attitude in addition to her strong vocals, but just reading about her numerous outputs of compassion and generosity; I feel that I am now blown away. What a super cool pop artist in my book.

I was a brand new teenager and oh so cool when his hit single, Cuts Like a Knife, came out in 1983. 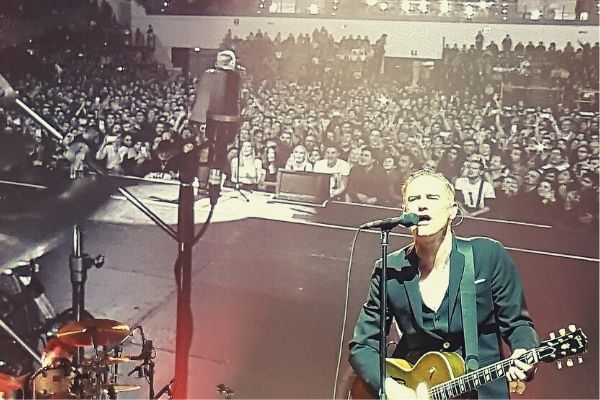 The following year, Summer of '69, only cemented our infatuation with his lyrics and voice. Bryan Guy Adams, born in November 1959, is a Canadian singer, songwriter, producer, photographer, guitarist, and, most importantly, a philanthropist and activist.

He first rose up the charts in 1983 with that famous album Cuts Like a Knife. Awards, nominations, and inductions have riddled his successful career.

He has been a proud member of the meatless and dairy-free club for almost three decades. He has stated, "I have tons of energy because I am plant-based. It is absolutely the best thing you could ever do for yourself. It is a great path."

He has credited his excellent medical record to his meal choices. The vegan since 1989 has been feasting on avocado toast since well before it was trendy. He recently posted an Instagram photo of his lunch.

At the same time, on an airplane: a single avocado sprinkled with lemon juice and Mexican spice. Adams believes lemons and limes are the secrets to creating delicious cuisine free of animal products.

Bryan is involved in lots of charities, but his main focus is The Bryan Adams Foundation, set up in 2006.

The Foundation's directive is to improve the quality of people's lives around the world by providing monetary grants to support projects specific to that betterment of lives.

Education is the ultimate goal.

Varied and vague to help many people in their journey's needs, this charity has something for everyone. 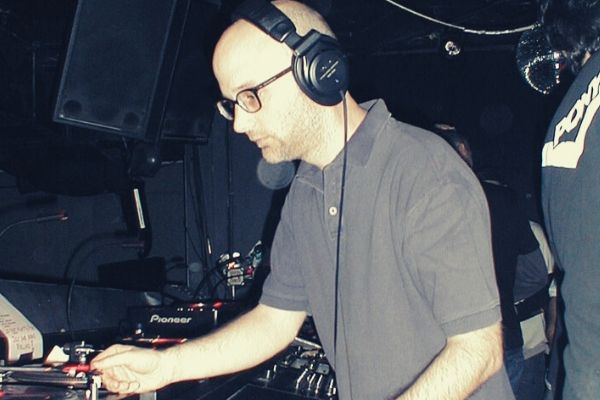 Moby grew up with pets in his home, an experience that hot-wired his brain for ethical choices about their well-being.

In an article he wrote for Rolling Stone , he says that it took him until the age of 19 to make the connection that his dining choices directly affected the well-being of the creatures he loved.

"I would never in a trillion years think of hurting [my] cat," he wrote. "So why am I eating other animals who have four (or two) legs, two eyes, amazing brains, and rich emotional lives?"

That was in 1985, the year Moby cut out dairy and ceased to eat meat. Then in 1987, he realized the most ethical thing would be to change his habits to be free of anything derived from animals.

Moby tried to shame his friends into becoming vegans by yelling at them, but he found that this was not the best way to get them to follow his example.

He wrote that he found that the right way to win more vegans to the cause was to engage in respectful dialogue.

Can anyone forget the Manchester bombing at the end of her concert on May 22 of 2017? A horrific event, yet a fantastic comeback Ariana Grande made afterward! 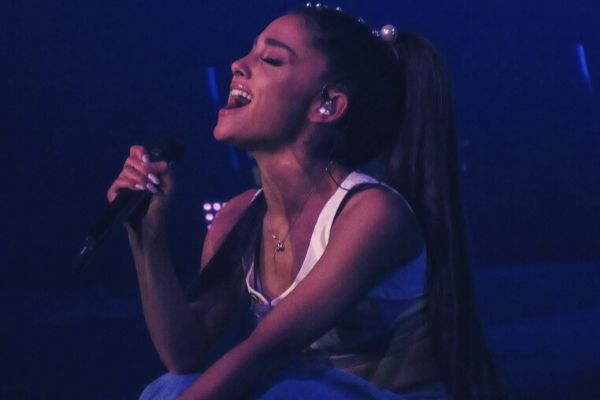 What a compassionate superstar this young lady is! Her accomplishments and achievements are almost unbelievable for someone her age, yet at any age, for that matter.

She was born in 1993. At her young age, she' already become a hugely successful actress, singer, and songwriter. She announced to fans in 2013 that she was adopting a 100 percent vegan way of life.

This go-getter has had her music videos viewed more than ELEVEN BILLION TIMES online. She has earned three American Music Awards. She has sold 30.5 million digital singles in the US alone.

The entrepreneur has received three MTV Europe Music Awards. She was named Billboard's Female Artist of the Year in 2017. Three out of four of her albums have been certified platinum by the Recording Industry Association of America.

Grande won a 2014 Nickelodeon Kids' Choice award for Favorite TV Actress. She has also scooped up 10 Teen Choice Awards. Her Instagram account has more than 130 million followers, and she has more than 55 million Twitter followers.

To all of these people, she unabashedly shares her views on the benefits of a plant-based diet and vegan lifestyle. "I love animals more than I love most people, not kidding,"she told the Mirror in 2014.

Grande eats a vegan diet influenced by Japanese cuisine, with a heavy dose of blueberries. She's urged her fans to turn away from SeaWorld after becoming a vegan in 2013.

She's adopted rescue dogs and promoted pet adoption.  She's even launched a line of lip shades in which the profits benefit people affected by AIDS and HIV!

She's held performances for Black Lives Matter, A Concert for Charlottesville, and March for Our Lives. What this woman has done for humanity is stunning, much better than wearing an abusive steak dress to the MTV Video Music Awards.

At the early age of 10, she co-founded  the Kids Who Care, a youth singing group. This eclectic woman started amazing in her childhood and will end fantastic no matter what else she accomplishes.

I could only dream of being so accomplished. I wish her the best in her endeavor of taking over the world with love, compassion, and generosity. 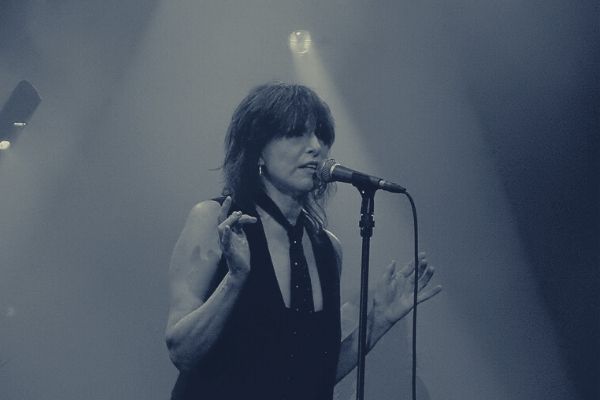 Unless you were born under a rock, who does not know Chrissie Hynde? Hippie counter culture, punk rock, London, and all that is old school cool comes to mind.

Christine Ellen Hynde, born in 1951, is best known as the founding member of the Pretenders. She was born in Akron, Ohio, attended Kent State University during the controversial Kent State Shootings on May 4, 1970, and heading to Europe soon after to live her dream of joining a band.

After multiple successes and failures with different groups, she finally settled into the Pretenders. The band hit the big times in the late 1970s, 80s, and 90s and even working into the present times.

Chrissie Hynde is a self-proclaimed vegan and proud of that stance as she stated, "it's the best thing that ever happened to me." She is an animal rights activist and a supporter of PETA , appearing in anti-fur ads alongside other celebrities.

Her daughter Natalie was arrested in 2013 after a protest against the destruction of making ways for a road by destroying trees in Combe Haven.

How cool is that?

Mother Hynde must have taught her daughter well. She published an autobiography in September 2015, Reckless: My Life as a Pretender. Pick it up. This lady has always lived by her own rules, as should we all.

Hynde claims she doesn't associate much with non-vegetarians and that her choice to eschew meat was a moral decision to save the planet.

Hynde claims in The Guardian that she is not picky about her food as long as it's devoid of products derived from living creatures. She likes cereal with soy milk, falafel, brown rice, and vegetable and lentil-based soups.

There were too many modern-day vegan musicians out there to feature just 5 of them. We had to add two honorable mentions to our top 5 list. Drumroll, please! 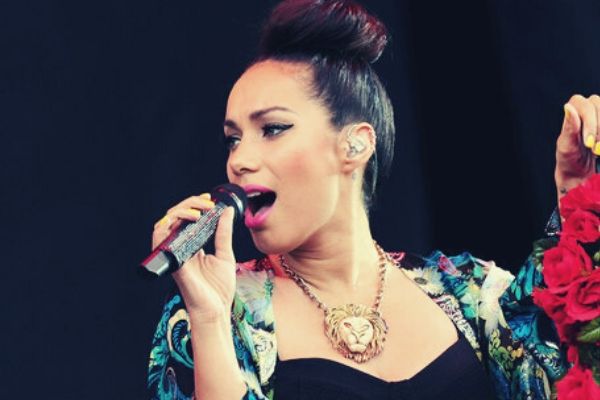 Another of the well-known vegan singers, she married her longtime love in Italy. She used to be a vegetarian but recently went vegan. 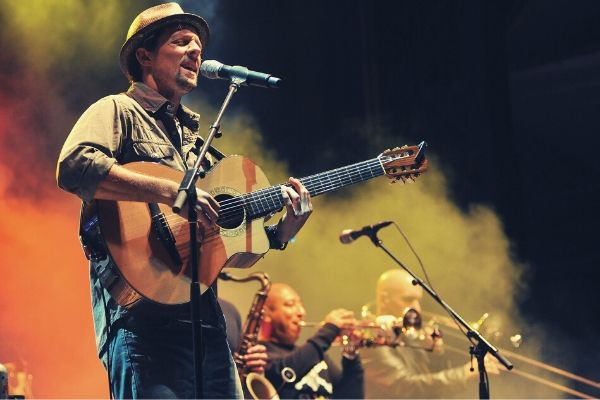 The singer is famous for happy songs like "I'm Yours." What you may not know is that this soothing voice is also a vegan who eats mostly raw foods.

He owns a 5.5-acre avocado farm, and the fruit regularly features in the plant based meals he makes for himself, including a pudding-like concoction made of avocados, dates, cacao, coconut oil, and agave that he refers to as "Chocomole."

The musician travels with a Vita-Mix blender and a suitcase full of supplements and essential ingredients for preparing meals on the road. Talk about commitment in support of veganism!

These vegan musicians rock, big style. From old to new, to rock to pop, these artists are in a category all their own.

Why shouldn't they be?

They are the cream of the crop when it comes to not only music, creativity, and innovation but also to doing whatever necessary to assist their fellow humans, animals, and Mother Earth.

This just makes me even more excited to be a vegan! So as you can see, many top American band members are going for veggie options instead of eating meat. If you are looking to get a new album, you might want to support one of these 5 (or 7) artists.