Contrary to popular belief, vegans aren't frail weaklings. A properly formulated vegan or vegetarian diet focused on whole-foods is more than capable of providing a high carbohydrate content in balance with the protein and fat that the body needs.

Had a pre-conceived notion that pros have to fill up on vast amounts of eggs and chicken to build muscle? That's not the case. You might not know that there are several well-known athletes, people who are popularly considered to be at the height of physical performance, who excel at their sport without consuming any animal products.

Sometimes it seems as though everyone is trying it. Read on to learn about 13 top athletes that you didn't know were vegan. And there are many more out there. 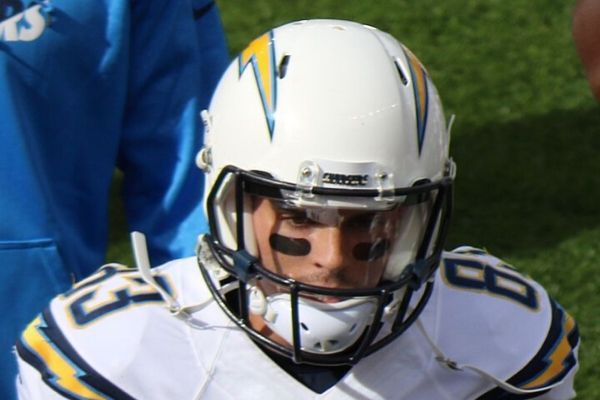 NFL free agent Griff Whalen adopted a vegan lifestyle in 2014. He's had nothing but good things to say ever since - crediting his plant-based diet with improved performance on the football field.

Whalen insists he recovers more quickly from exertion, and that his joints work more smoothly.  Whalen didn't go whole-hog, so to speak, into the vegan diet to begin with. He started with a 28-day challenge but decided to stick with it.

He tries to eat mostly unprocessed foods that contain little to no added oils and sugars. Whalen's wife, Madi, is a vegan. The two eat high-protein oatmeal for breakfast, topped with fruit, nuts, and seeds.

He takes a fruit and greens smoothie after a workout, followed by a large portion of grains with lots of veggies for lunch. Whalen and his wife eat a lot of veggie bowls for dinner.

If an NFL player can stay in shape dining this way, I know you can too.

The mainstream media paid attention when English soccer player Defoe announced his transition to a vegan diet in 2017.

During this time, he didn't shy away from talking about how it helped him remain at the peak of his fitness into his mid-thirties. He even stated that he was promoting the diet to his younger teammates.

The proof is, of course, in the (vegan) pudding, and the fact that he has proven he can excel on this diet beyond the expected years of a top-flight footballer is a powerful advertisement for veganism in itself.

More striking is the fact that the player is still playing professional soccer at 37 when most soccer players retire by 30. Defoe says his veganism is the reason he has been so successful. 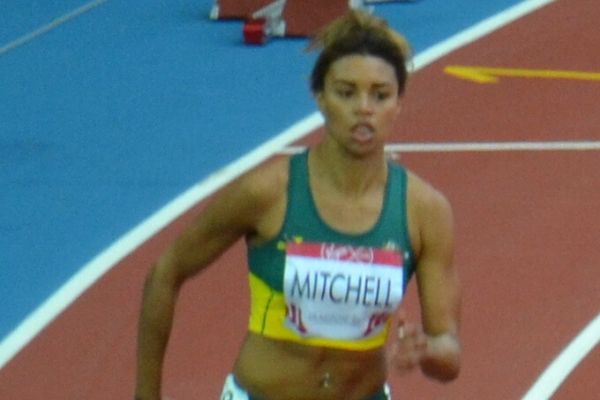 Olympic sprinter Morgan Mitchell got to the Olympics after she started eating vegan.

She earned a name for herself competing in the 400m in Rio in 2016 and then decided to change things up, setting her sights on the 800m for the 2020 summer Olympics.

"I have been vegan for a year and a half," she told PETA."That's really helped with everything: energy, health, the environment. I am one of those people who actually care. It's what I chose to do."

Mitchell says she eats peanut butter toast, bananas with maple syrup, and a fruit and vegetable smoothie for breakfast.

She snacks on chia pods and dates and eats things such as tofu burgers, vegan pizza, or noodles for lunch and dinner. Mitchell's diet isn't a burden because she loves it; the world-class athlete claims.

Former WWE wrestler Aries is an outspoken vegan, having transitioned from vegetarianism in 2011. 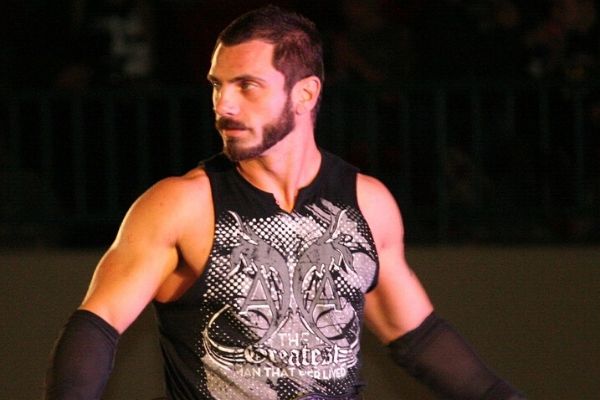 He's appeared in PETA videos to encourage others to adopt a plant-based way of life. He has even written a book dedicated to the benefits of this way of life.

Aries says he is most often asked how he gets enough protein. For the record - he gets it from lentils, beans, nuts, plant-based protein powder, and tofu. 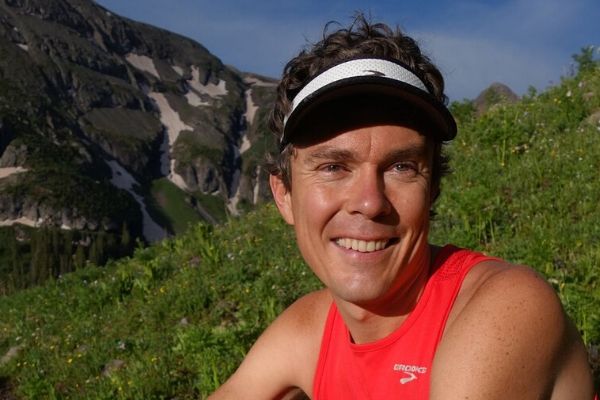 American ultrarunner Scott Jurek gave up meat, fish, and dairy 20 years ago, hoping to avoid his family's history of chronic diseases (his mother has multiple sclerosis).

It wasn't an easy switch for Jurek, who never really liked vegetables, to begin with. But he started small, first cutting out meat, then fish and becoming a firmly ovo-lacto vegetarian.

From there, it was just a close hop, skip, and a jump across the stream to veganism. "When I was in college, I started reading more about different diets, and vegetarian and vegan diets really came up quite a bit," he said.

"As I worked in hospitals through physical therapy school, it became clear to me that I needed to change my diet to avoid the health problems I was seeing. It was definitely a long-term decision rather than one made for short-term performance gains."

NBA All-Star Kyrie Irving has a new claim to fame - stardom in a new ad campaign for Beyond Meat, a health food company that produces plant-based meat substitutes. 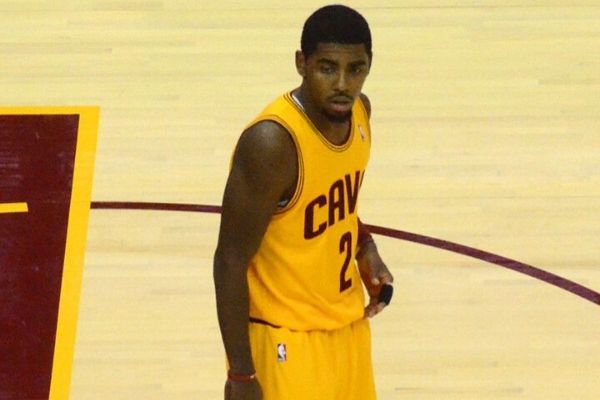 The company markets a wide range of products that even appeal to sports stars such as Irving.

The Boston Celtics team guard switched his nutrition around in 2017, and said his new way of eating gave him more and better energy and just generally made him feel "amazing."

The vegan bodybuilder has competed in 55 shows over 20 years and won Mr. Universe 2014.

He said his meat-free diet made him stronger than ever. Du Plessis eschews all animal products, saying that mass farming methods are disgusting, shameful, inhumane, and barbaric.

He wants nothing to do with a system that forces these animals to endure a life of misery, suffering, and torture from the very minute they are born until their brutal death.

Du Plessis believes mass farming is heartbreaking and wrong on every level.

U.S. professional surfer Tia Blanco has spoken out about how a plant-based had benefited her career.

A vegetarian since childhood, and a vegan for five years, Blanco said that she believes plant meat burger brand Beyond Meat 'will change the world'. She says:"Veganism has benefited me in many ways, including my energy and clarity." 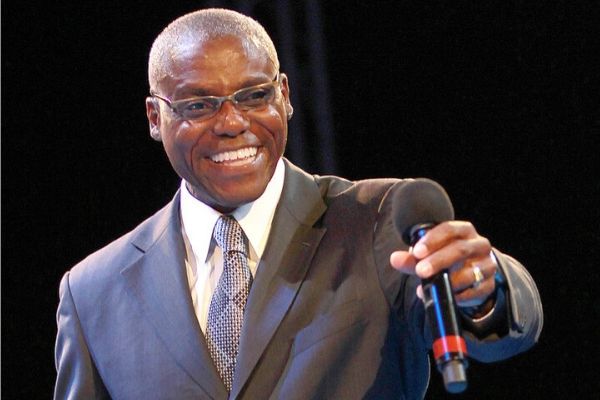 But he eventually went even further: he adopted a vegan diet to prepare for the World Championships in 1991, where according to him, he ran the best race of his life. 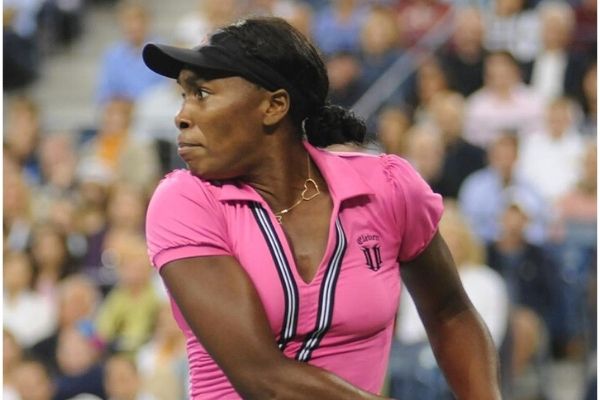 Her doctor advised a vegan diet to manage the condition, so she tried it.

"I started for health reasons," she told the media. "I was diagnosed with an autoimmune disease, and I wanted to maintain my performance on the court. Once I started, I fell in love with the concept of fueling your body in the best way possible."

She ate a raw food diet for a time; however, she eventually switched back to a cooked vegan diet because it was easier to maintain at home. The athlete continues to avoid meat and other food derived from animal products.

Serena Williams, Venus' sister, also keeps her game sharp with the use of a vegan diet, which she adopted at the same time as her sister. 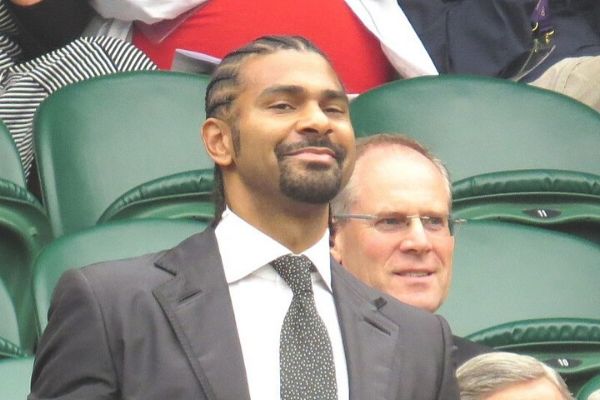 The boxer began to follow a plant-based diet while recovering from a bad injury to his right shoulder.

He couldn't tie his shoes or wash his left armpit. He found the limitations very taxing, and wanted to find the best diet to aid in healing his muscles, and became convinced that a vegan one was the best course.

He's been reaping the benefits ever since, according to PETA, who reported that his new lifestyle had freed him from dandruff. A typical day of eating will include five meals and two green juices.

His meals include things such as pancakes made with plant-based protein products, coconut yogurt, tofu, vegan protein powder shakes, legumes, quinoa, and lots of vegetables.

The famous American heavyweight boxing champion may have made headlines for taking a bite out of Evander Holyfield's ear. 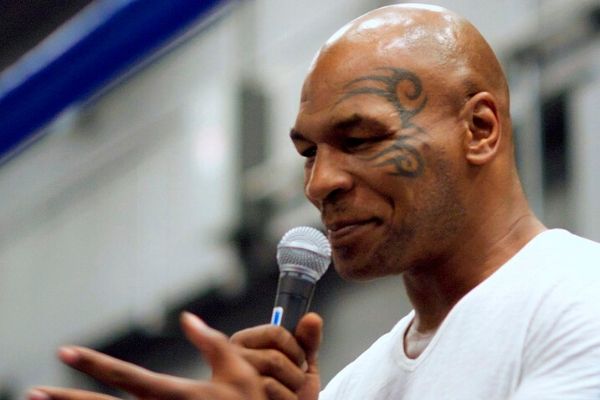 Still, he no longer has a taste for any kind of flesh. He swore off, eating "anything that has a mother and a father" in 2010 and hasn't looked back.

The initial effect of his new way of eating was his loss of 130 pounds. 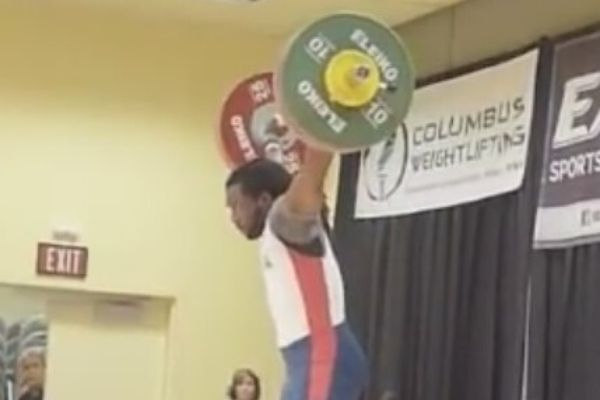 A vegan weightlifter? Kendrick Farris holds the title - and in 2016, he also held the title of the only American male weightlifter competing at the Rio Olympics.

Not only that, but Farris is also a record-breaker, holding his own against his colleagues who eat conventional diets.

He broke the U.S. record in 2016 by lifting 831 pounds and 431 pounds in the clean and jerk. Farris went vegan after tracing his ancestry to Israeli tribes. He was interested in their kosher living but found the methods of preparation to be confusing.

It was easier just to go vegan, and he made it official in 2014. Like many other athletes, Farris credits the diet with keeping him agile, active, and clear-headed. So there you have it. Thirteen athletes you did