How to Spot a Fake Louis Vuitton Bag A luxury bag raises a lot of questions. Should we care about wearing a symbol? Should a bag be affordable to only those who have money? Is a luxury bag really better than another bag?

During the status-conscious early 80s and 90s, a brand’s icon became a megaphone for letting the public know that you were well off.

The debate on buying a luxury bag is a long one that started early and is still going on. Sometimes, the look of the brand will please you. You admire the cut and craftsmanship of the bag.

Unfortunately, fakes have flooded our market - online and offline - making it difficult to buy from any location.

WHY DO PEOPLE BUY FAKES? 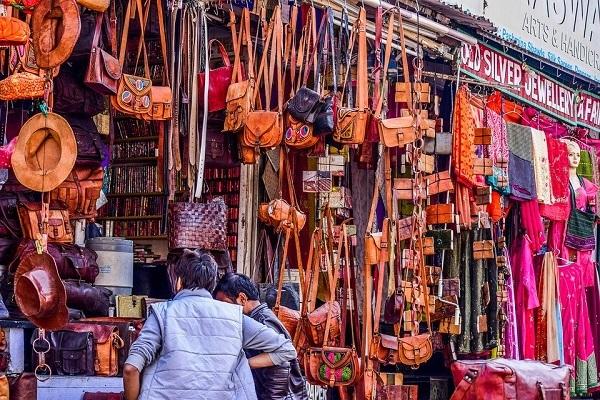 Did you know that there have been psychological tests done on women who buy knock-off bags?

Yes, in a paper called “Constructing identity through the consumption of counterfeit,” the research explores the mental adventure and benefits that come with purchasing a fake luxury bag.

So much so, that the most addicted buyer researches and pays extra for a fake bag that is close to the real bag.

In an interview with Racked, buyers of fakes shared what drove them to market stalls where they could find a cheaper knock-off bag.

A 29-year old Chinese-American woman bought her first knock-off handbag, a black leather Dolce & Gabbana, because “it was a shortcut to the upper class. Whenever I bought luxury products — authentic or not — I was buying into an ideal version of myself.”

The research says that, for many, shopping for a counterfeit bag comes with an increase in happiness and may create an adrenaline rush from fear of being caught with a fake bag.

Many buyers may even use the experience to feel as their ideal buyer would.

Who wouldn’t want to feel and think like a millionaire?

WHY IS LOUIS VUITTON A LUXURY BRAND? 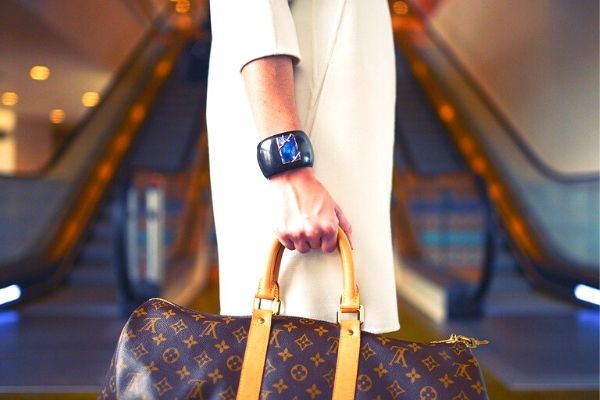 The iconic brown pattern Louis Vuitton case had to endure travel: being thrown and tugged throughout a long journey full of dust, all while maintaining its signature style.

This meant that the materials had to be durable and robust.

In the year 1859, Louis Vuitton opened his first atelier in a location site near Paris.

Rumor has it that each bag goes through several durability tests, holding weights and being dropped to see its durability before it makes its way to stores worldwide.

The Louis Vuitton material also goes through ultraviolet treatment to prevent bags from fading over time. The only part that you will see disappeared on a vintage Louis Vuitton is the leather on the trim.

Every Louis Vuitton product is handmade from start to finish in France, Italy, Spain, Germany, Switzerland or the U.S.

Unfortunately, another reason why Louis Vuitton is a famous brand is that the company burns and destroys any bag that was not used for sale.

You see, the brand does not have any discounted products, so some are never purchased.

This strange practice may be meant to keep the item exclusive, making the purchase of a genuine Louis Vuitton with a real LV logo and date code more exclusive.

With vintage Louis Vuitton bags commanding a high price, it is essential to know how to identify the authenticity of a bag.

Luckily, there are several bag features that you can check for purposes of authentication of a Louis Vuitton.

Read this article for a comprehensive guide to help you with the authentication of different styles of the Louis Vuitton handbag.

You see, since the beginning, Louis Vuitton has had to battle counterfeits. 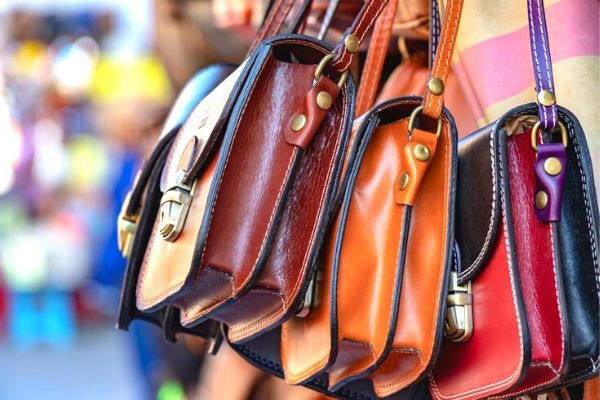 Companies copied his luggage case, to the point where Louis Vuitton would have to get a patent on the colors, logos, and stripes used on his bags.

Now, online site stores and impulse buying have led to an increase in fake Louis Vuitton bags and sales.

Many online stores can appear trustworthy, but shopping online can be dangerous if you don’t buy from the right sources. Please be careful!

So, how do you spot fake Louis Vuitton bags in a market where 99 percent of the products are counterfeit and almost identical to the real thing?

If you are looking for more ways for how to tell if your Louis Vuitton bag is real, you can look for the Louis Vuitton stamp on the inside.

While a fake Louis Vuitton will often have a stamp too, many tell-tale signs will help you ferret out an authentic Louis Vuitton bag from the fakes.

Please look for the following details:

Real Louis Vuitton bags come with date codes that help you figure out where the bag was made.

You can use the letter and number code to help spot a Louis Vuitton that is not genuine.

Please see this example guide you can use when you look at the letters and numbers on the code:

Louis Vuitton bags are made of the following materials: Monogram and Damier canvas, Epi leather, and Monogram Vernis leather.

Monogram Speedy bags are also lined with canvas. If yours isn't, you will want to perform more checks for authentication.

Authentic Damier check pattern squares are each about 2/3 of an inch. These Speedy bags are also lined with canvas. If yours isn't, you will want to perform more checks for authentication.

The handles of a genuine Louis Vuitton style are glued together, and the raw edges of the handles should be perfectly aligned. 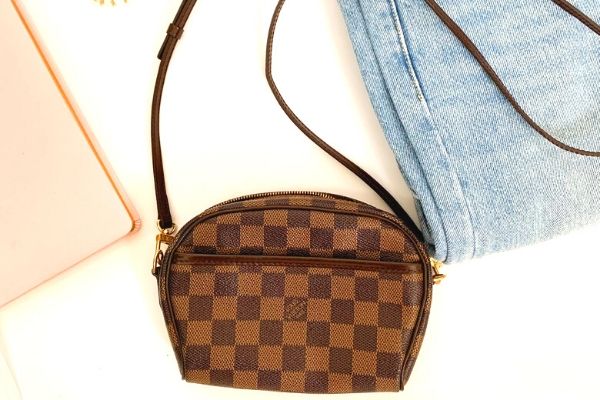 In addition to the canvas linings mentioned above, there are other linings used in an LV handbag that can provide authentication clues.

The inside of an LV purse can be lined with high-quality, suede-like microfiber, a proprietary material called Vuittonite, or cross-grain leather. 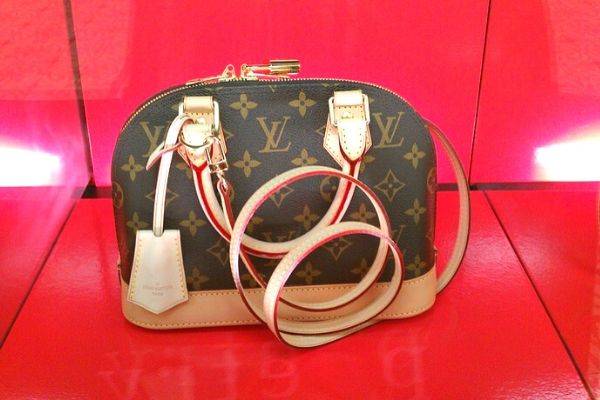 The stamps should be details that are clear, easy to read, and evenly placed on the hardware.

Most of the time, authentic LV logo hardware pieces come from plated metal except for padlocks, which are one of the few types of hardware made from solid brass.

Hardware on fake bags can often be made of inferior materials, including plastic. 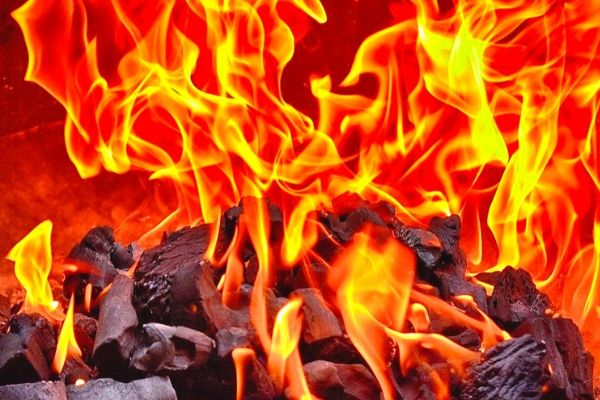 Buying fake products contributes to an illegal business that is worth over $461 billion, according to the Organization of Economic Cooperation and Development.

That is more than the drug trade.

If you have bought a fake Louis bag (or some other fake), by mistake, you're not alone.

The U.S. Government Accountability Office estimates that more than 25 percent of consumers have unknowingly bought fake goods on the Internet, not realizing that their authenticity was in question.

The test by the U.S. GAO also found that two of every five name-brand products they bought online through third-party shops were the product of counterfeiters.

Some product categories are more susceptible than others to fakery.

The U.S. GAO found that more than half of the name-brand makeup and skincare products sold by these unscrupulous vendors were fakes.

More alarmingly, supplements and medications were also commonly knocked off.

What's the big deal, you might think? Who am I hurting if I buy a fake Louis Vuitton?

Besides the obvious answer of the real Louis Vuitton company, counterfeit products that misrepresent their quality by mimicking well-known authentic brands can damage more than just the reputation of those brands.

When companies take short-cuts in production, the consumers themselves face the consequences, including injury or death, if they are buying fake healthcare products.

On a broader level, the sale of fake goods is an issue of national security. The U.S. has long battled Chinese counterfeiters who steal and reproduce intellectual property.

When you buy a fake (LV or otherwise), you're not just sacrificing quality. You're putting your financial security at risk.

Vendors who don't care about ripping off another company's copyright often also have no problem stealing credit card information or hosting malware that perpetrates identify theft.

Non-authentic goods are also often sold to raise funds for illegal activities such as terrorism or extortion.

According to one report, most fake iPhone chargers do not pass safety tests – and 10 percent of medical products in developing countries are counterfeit, which can raise the risk of illness or even death.

So now you've got all the correct information you need about authenticity - information about the type of leather used, the date code numbers, the lining, the LV logo, and the brass padlocks.

There are also several date code checking web sites you can access to compare the code on your Louis Vuitton bag with a list including all code variations.