Are you tired of department store handbags that fall apart after a season? Whether you are an impulse shopper or the type to research and ponder potential purchases for months before taking the plunge, everyone wants a bag that can weather changes in fashion and stand the test of time.

This factor is more accurate if you're shopping for an investment piece.

Some of the more frugal amounts of us might shake their heads at those who are wont to lust after high-fashion products, but it's not just hype.

A timeless, hand-crafted piece made out of the highest quality materials using the most time-honored techniques will last forever - or until you decide you want to resell it for more than it was worth at the time of purchase.

If you've been looking for the perfect leather statement bag, but have been waiting to pull the trigger, this guide is for you.

CLASSICS THAT ARE WORTH THE WAIT

The key to swallowing those extra zeroes on a designer leather handbag's price tag is to consider it an investment rather than just an accessory.

Many popular designer pieces don't only retain their value but appreciate at a price over time. Ever looked up vintage designer handbags on eBay? Go ahead. I'll wait.

Overwhelmed by choice and not sure which piece is worth your hard-earned dollars? Keep reading this post for a look at a collection of the ultimate designer products that no one will ever regret purchasing.

Arguably the first name in high fashion, it's no surprise that a handbag by Chanel would make this list.

The Chanel 2.55 Classic Flap Bag was designed by Coco Chanel herself and is the original Chanel shoulder bag.

Tired of carrying her bag in her hands, as all ladies did at that time, Chanel decided to add a chain strap to it. 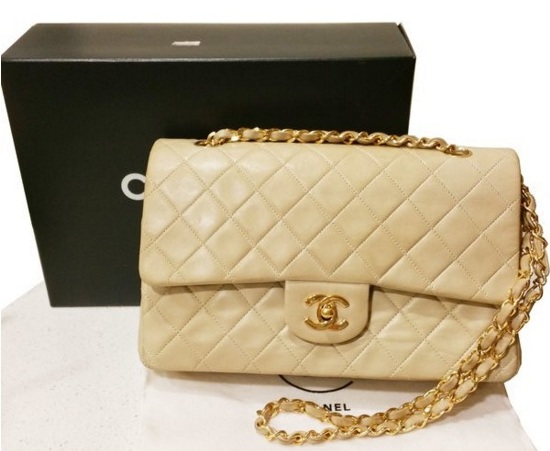 The revolutionary original hands-free piece launched in 1955 and has been sought-after ever since. Some things have changed - like the logo, the number of flaps, and the availability of leather straps.

But the general design remains the same 65 years after its invention.

According to JustCollecting.com, which maintains an index tracking the value increases of sought-after handbags, the Chanel 2.55 Medium Black Classic Flap increased in value a staggering 250 percent to $5,250 between 2004 and 2018.

Granted, as vegans we disagree with the use of animal leathers, so supporting this inflated price by buying into it is largely out of the question.

However, if you come across one of these while thrifting, at a garage sale, or have one from your previously life as a non-vegan, consider holding onto it.

Remember, we should strive for a sustainable world as well as a world that is cruelty-free.

If you Hold onto your Chanel long enough, and you're likely to make a tidy profit at resale. If you are looking for a timeless, good-quality staple that will never go out of fashion, this might be the luxury piece for you. 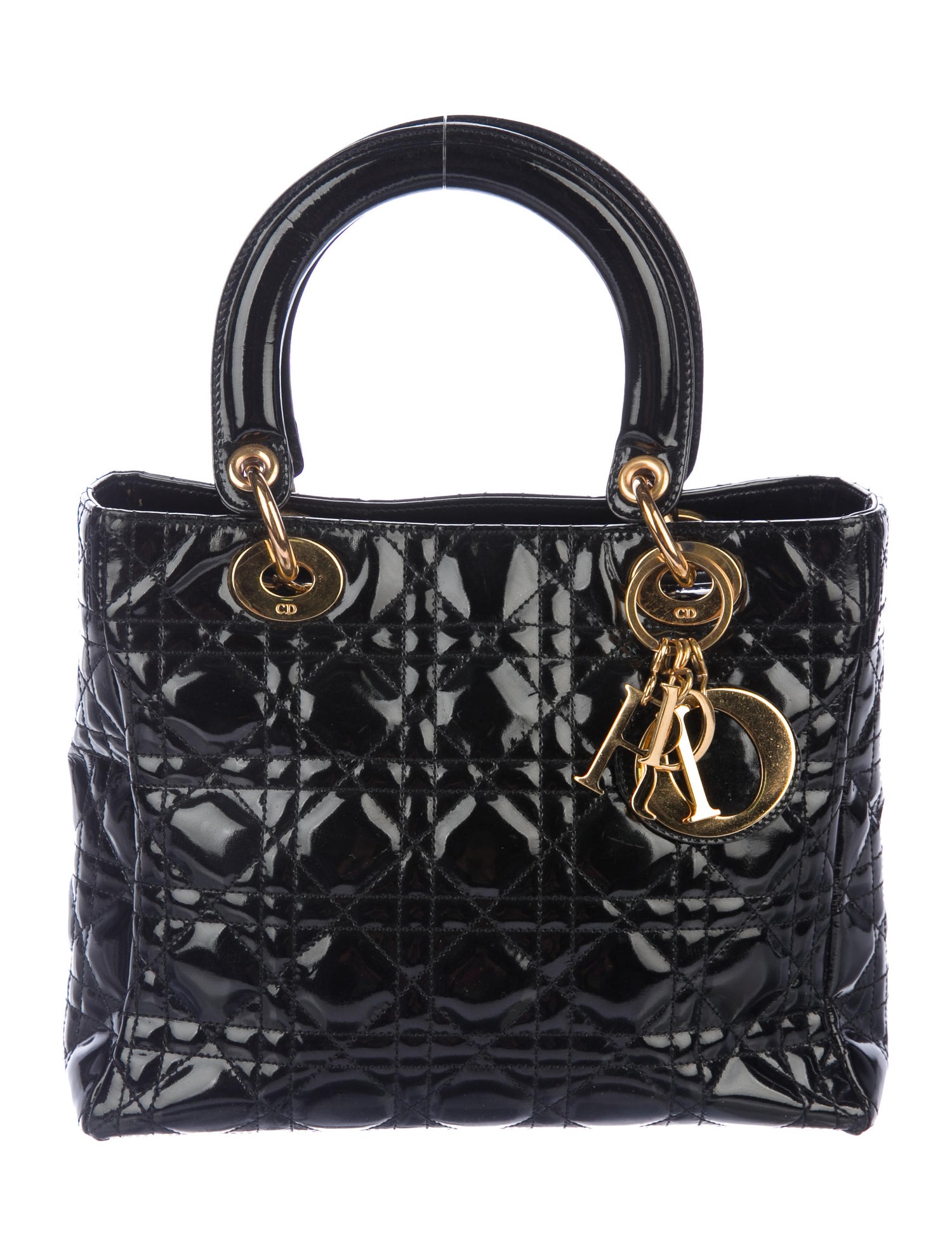 Made famous by Princess Diana, the Lady Dior bag was not created for her but renamed in her honor.

The Lady Dior bag, then nameless, was launched in 1994.

The First Lady of France made a gift of it to the Princess of Wales, who fell hard and immediately ordered it in every color.

The bag was christened "Lady Dior" two years later with the princess' blessing.

Like all genuinely bespoke bags, the Lady Dior is handmade.


The annual Dior Lady Art project is proof of the iconic status of the Lady Dior bag. Each year, a select group of artists reinterprets the handbag in their own unique style in this project.

The legend: The coveted Birkin was born in 1983.

Then-Hermes CEO Jean-Louis Dumas witnessed Jane Birkin's lid-less basket bag tip over during a flight, scattering its contents down the airplane aisle and under seats, the story goes.

Dumas sketched a possible replacement on a sick airline bag, making sure it was large and roomy, but that it also featured a secure closure to prevent future accidents of that kind.

At least, this is one legend. The Hermes web site has a more believable story: "1984: The English actress and Jean-Louis Dumas meet ten thousand feet above the ground.

The young mother laments that she cannot find a shopping bag big enough to carry her daughter Lou's bottles. No sooner said than done, the empathetic, clever Monsieur Dumas designs a deep and supple holdall.

It has distinguishing features such as a polished plaque, a swivel clasp, and, of course, the house's signature saddle stitching. A legend is born."


The Obsession: Either way, thus began an expensive passion that has led celebrities like Kris Jenner and Victoria Beckham to collect the pieces as though they were stamps.

What is so addictive about the Birkin? Why does Beckham reportedly have more than 100 versions of this vaunted handbag?


The Mystique: Part of it probably the fact that even the most well-connected A-listers can't just stroll into a Hermes shop at whim and pick one up in their preferred color.

It's not apparent to the general public how someone who is not a celebrity can ever get their hands on a new Birkin.

For a while, there were rumors of a waitlist, and how a Google search will turn up a specific formula of how to ingratiate yourself to a salesperson and buy a predetermined dollar amount of non-Birkin goods that will qualify you for an offer to buy the actual Birkin then.

Whatever the brand is doing, it's working.

The value of the Birkin, which starts at five figures, to begin with, appreciates to about 130 percent in resale!

So if you do figure out a way to get your hands on this bag, you can rest assured that it will be easy to recoup your cash if you ever fall out of love with it.


Hermes Kelly: Like the Birkin, the Kelly, which is named for actress Princess Grace Kelly, is a highly sought-after piece that you can't just pick up in a store. Handbag enthusiasts have eyed this bag since it first came out.

Super-sleek with a timeless design, it's also very spacious, with enough room for your lunch, workout clothes, and a laptop.

The width and material of the strap will allow you to tote all that weight in comfort.

The Sangle also features four deep pockets all around the outer bottom of the bucket, perfect for holding your phone, a notebook, and pen, tissues, a book, a tablet, or anything else you need in fingertips' reach.

So why are we talking about companies and products that do not support the vegan mission? Well, in order to understand how something becomes fashionable, we must first understand the psychology behind viral movements.

These days, the virality of marketing campaigns that push brands into historical stardom require the illusion of social status and exclusion, among other things. So people invest.

If we want veganism to be the way everyone strives to be, we need to make it popular and fashionable to be vegan, so others invest in the movement too.

The difference is, and this is where many of us get it wrong, is that we need to be inclusive of others. This means behaving as if veganism grants you social status, but it doesn't mean belittling those who do not support the cause yet.

Give others a reason to invest.I believe, that in this world, nobody is considered too far gone, but everyone is subject to temptation and nobody is immune to making mistakes.

We shouldn't be too judgmental of someone who owns a bag from this list when they are on their vegan journey. We need to care for each other like we care for the animals we wish to protect, and treat each other, even non-vegans, as human beings with the potential to self-correct.

Back to the main point... When it comes to buying handbags and other fashionable merchandise, invest in ethically and environmentally sound companies that make an effort to improve the world, matching your values.

Stay away from fast fashion because you'll just have to buy something else later to replace whatever you bought cheaply.

Instead, be more selective with what you buy, opting for designers who prioritize quality and ethical responsibility, and choosing sustainable products.

This won't always be a high-end designer—often, local designers are indeed more interested in sustainability than the big names.

And of course, you can always go second hand or vintage. eBay is not the only seller in the vintage accessory game - precisely because it is such a hot market.